Thousands of movie theaters in China have closed their doors this weekend due to the coronavirus outbreak. The virus originated in the city of Wuhan in China’s Hubei province. However, it’s since spread to other countries, including the United States. Dozens of people have already died from the outbreak in China, with nearly 2,000 more infected. This has caused Chinese officials to take precautions to do what they can to stop the coronavirus from spreading further.

One unintended side effect of the outbreak has been an increased interest in plagues in general. This led the popular mobile game Plague Inc. to see an increase in sales in China. The game’s developer, Ndemic Creations, released a statement as a result. The company explained, “whenever there is an outbreak of disease we see an increase in players, as people seek to find out more about how diseases spread and to understand the complexities of viral outbreaks.” The Plague Inc. developer went on to caution, “Plague Inc. is a game, not a scientific model and the current coronavirus outbreak is a very real situation which is impacting a huge number of people.”

According to Variety, the theater closures in China began over the weekend. The affected 70,000 screens and at least six different theater chains. What’s more, the news comes during the weekend of the Chinese New Year, when audiences flock to the movies, similar to what happens Thanksgiving weekend in the United States. China usually generates at least $1 billion at the box office during the week of the Chinese New Year. Additionally, seven blockbuster films that were scheduled for a release date of January 25 were canceled prior to the theater closure announcement.

Movie theaters aren’t the only thing closing due to the coronavirus outbreak: Disneyland in Shanghai has been affected as well. The park closed earlier this weekend, explaining the shutdown was “in response to the prevention and control of the disease outbreak.” At the time, no information about when the park might again be available to guests was given. However, it’s likely a large loss for Disneyland in Shanghai, as, like with the movies, families often head to the park during the Chinese New Year celebrations.

Though moviegoers in China are probably disappointed they couldn’t make it to theaters this weekend, the outbreak is clearly a situation where safety has to come first. Though, with so many new releases delayed due to the virus, at least families who typically celebrate the Chinese New Year with a trip to the theater didn’t miss too much. It’s unknown when cinema operations will resume, but at least when they do theater audiences will know every precaution was taken. 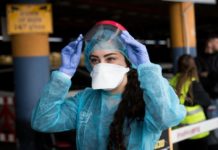 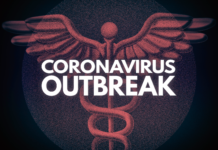 Facebook, Razer, and LG are restricting travel to China

The race to build autonomous delivery robots rolls on