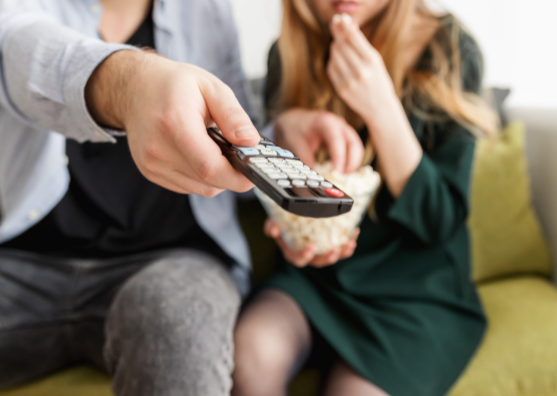 While we are stuck inside waiting and praying for the COVID-19 pandemic to subside (and eventually eradicated) we might have to find ways to kill boredom while we oblige to self-quarantine. There are tons of things we can watch over the internet but, if you are into movies and currently scrolling through Netflix, HBO, and Amazon etc. for something worth watching, you might consider this list of the ten best movies streaming right now.

We could all use a laugh in these hectic times. And we can always use the breath of fresh air that is Billy Wilder. His well-dressed comedy, Some Like it Hot, might not be able to cure a pandemic, but it can certainly ail our dismay for a couple of hours. Thanks to a bouquet of wonderful performances—mainly from Tony Curtis, Jack Lemmon, and Marilyn Monroe—this tale of cross-dressing musicians has earned its reputation as the Great American Comedy. It really is perfect.

Nearly 20 percent of workers have lost their jobs due to the virus. So lots of people could use a source of inspiration. In Ken Loach’s masterpiece, which won the Palme D’or in 2016, that inspiration is Daniel. An everyman trying to make sense of nonsensical job benefits, Daniel finds humanitarian warmth in the frigid town of Newcastle. How? A sense of humor and a good heart goes a long way. Those attributes also go a long way in me, Daniel Blake. A work of great compassion, Loach’s film builds toward an emotional climax as permanent as graffiti on a blank wall.

Apocalypse Now is not only cinema’s most expansive and exhilarating epic, but it also captures—with extreme prejudice—the moral ambiguity of a time period. Between 1955 and 1975, Francis Ford Coppola soaked in the horror of the Vietnam War. Then he went to the Amazon with an arsenal of actors (Martin Sheen, Robert Duvall, Marlon Brando), shot and edited his film with put-you-there techniques, and threw audiences into the hellfire like a draftee entering their first battle.

Step Brothers is a gross-out comedy that has been grossly misunderstood. Because of its childish humor, many moviegoers have written off Adam McKay’s cult classic. This is a shame since there might not be a more touching portrait of brotherly love, Will Ferrell and John C. Reilly’s man-child routine is must-see entertainment. Complete with drum sets, bunk beds, and enough one-liners to fill the world’s funniest joke book, Step Brothers is just the dumb fun a lot of us need right now.

Like getting punched in the arm when you have a broken leg, watching something scary can take your mind off of a more terrifying reality. That’s certainly the case with Dario Argento’s Suspiria, a slice of ‘70s horror that casts a spell, transporting us to a surreal place vastly different from our own. The place is a dance academy doubling as a witch convent. With its symbolic colors and Goblin score, Argento’s atmosphere reflects Jessica Harper’s descent into madness. “Bad luck isn’t brought by broken mirrors but by broken minds,” says Harper’s therapist. The kaleidoscopic shards of Argento’s mind make up the mirror image of hair-raising horror.

There is nothing more freeing, confusing, and dangerous than being young. It’s a feeling only a twenty-something could capture, which is exactly what Matt Damon and Ben Affleck did in their breakout hit, Good Will Hunting. There isn’t much more to say that hasn’t already been said about this film. Damon and Robin Williams partake in an intellectual spat rivaling Socrates versus Athens. Watching Damon, in his role as the janitor, solve MIT’s hardest math problems is a blast. For families looking for something to show their older kids, Damon’s Boston humor will leave everyone locked indoors a little happier, and maybe a bit smarter, too.

“We are all going under,” says Aguirre. During a hypnotic opening sequence, a line of Spanish explorers makes their way down a mountaintop toward the murky jungles of anarchy below. It’s here that we find out two things: This is a microcosm of civilization doomed by greed, and we are in the presence of a work of art where every shot is calculated, every horrifying face genuine, and every mythical stretch of Amazon rainforest mesmerizing. Werner Herzog famously tortured his cast for authentic results. As did Klaus Kinski (Aguirre). The result is a haunting snapshot of a man and the world going under.

Did you like last year’s Marriage Story? How about Little Women? What about the Noah Baumbach/Greta Gerwig power couple? For all those things wrapped in a bundle of joy, see Frances Ha. Its charm is contagious. When Gerwig’s Frances dances around New York in search of love and meaning, it feels like we just wandered into a Woody Allen/French New Wave mashup. Call me old-fashioned, but watching Gerwig twirl to Bowie’s “Modern Love” is all a movie lover could ask for.

There aren’t enough adjectives in the English language to describe the enchanting poetry of Stalker. Andrei Tarkovsky’s sci-fi masterpiece, which regularly tops critics’ best lists, delves into both the trenches of an apocalyptic wasteland and the depths of human souls. Through a camera that sways as effortlessly as wind guiding a blade of grass, as well as Tarkovsky’s location shooting (where does he find all of these flooded warehouses?), we enter ourselves and leave someone else. Fittingly, that’s what the movie is about. Three men enter a forbidden pasture called “The Zone” and leave transformed.

Martin Scorsese has been in the news a lot lately. Whether he is being praised at the Academy Awards or reducing Marvel movies to “theme park rides,” the 77-year-old director sure knows how to stay in the limelight. Get used to it. Scorsese will stay there as long as he is thrilling audiences, or as long as we are talking about gut-punching masterworks like Raging Bull. Which, in the latter’s case, probably means forever. Since Robert DeNiro’s performance will always keep audiences on the ropes, and Scorse’s direction will always be electric, Raging Bull will surely find itself on streaming lists whenever the next pandemic occurs.

Let’s stay at home and chill for a while. Stay safe. Happy binge-watching. 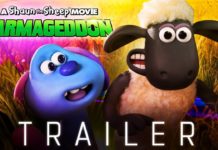 ‘Shaun the Sheep Movie: Farmageddon’ Coming to Netflix in February 2020

Nvidia looks to the AI future