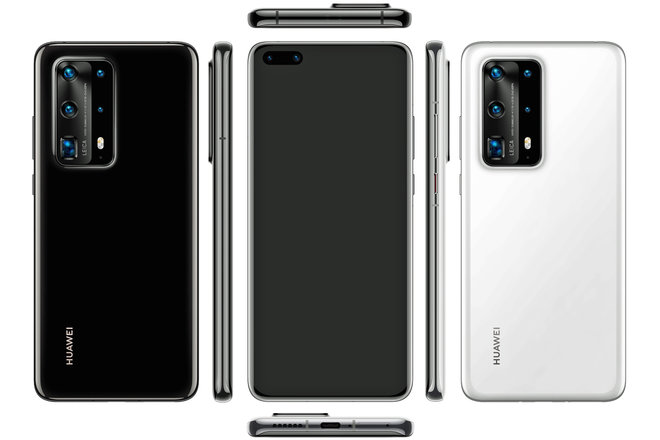 Huawei P40 Pro plus delivered superb smartphones in the likes of the P30 Pro at the beginning of 2019, followed by the Mate 30 Pro in the latter part of the year.

Sadly though, as great as the Mate 30 series is, these were the first devices to be affected by the US trade war on China, launching without access to Google’s services. That was and still is a problem.

Huawei has confirmed that the P40 series will be launched on 26 March 2020. The live stream will take place at 14:00 CET (13:00 GMT). Originally this was due to be at an event in Paris, as confirmed directly by Richard Yu, CEO of Huawei Business Group, during the company’s online event in place of its Mobile World Congress keynote. However, since then, due to the global impact of COVID-19 fears, it has been changed to an online-only streaming event. So no Paris event for 2020.

We’ve been treated to a few design leaks for the P40 Pro – from @OnLeaks, @evleaks, and Android Headlines – giving us a good impression of what to expect from the P40 Pro. The biggest design detail is the pronounced camera unit in the corner on the back, similar to Samsung’s Galaxy S20 series. The P40 Pro Plus has proven the most elusive of the three.

Beyond just those third-party leakers, we’ve also already handled the phone in an official meeting with Huawei. However, this was in a concealed box, i.e. we were only able to feel the phone, not actually see it. But that did reveal some interesting facts nonetheless.

Huawei will make use of its Horizon Display on the P40 Pro/Pro Plus, wrapping right over the edge of the phone. We’ve felt that in person, while the teaser for the launch event further helps to confirm that, as did a P40 Pro leak as seen in the wild in China.

It’s also reported that there will be a ceramic version. Huawei did confirm to Pocket-lint that it will potentially use new materials. And a leak of seven different color finishes suggests this pearlescent finish be accurate. We’ve seen the regular P40 appear in renders and this looks to have a flatter display – just like the standard P30 did the last generation – again drawing out the differences between these two/three phones. There’s no 3.5mm headphone socket and no sign of a fingerprint scanner, so it’s likely to be in the display on all devices.

The Huawei P30 and P30 Pro both had a Full HD+ resolution across their OLED displays. It looks like the Huawei P40 Pro Plus will be moving to Quad HD+ OLED display, with a size of somewhere between 6.5 to 6.7-inches – the exact dimensions are currently unknown, but it’s certainly a large-scale device. This will be a Horizon Display, curved on all edges. We think the P40 Pro Plus will have the same display, rather than being a yet larger design.

Initially, we had some rumors and direct-from-Huawei cryptic feed about what the P40 series might offer, but as we’ve got closer to launch things seem a little more clear. Initially, the rumor of a brand new 64-megapixel sensor seems to have been squashed – instead, it’s likely to be a 50MP custom one. We know there’s a new periscope zoom – believed to be 10x – which we now suspect will only appear in the P40 Pro Plus.

The entry Huawei P40 looks to be getting a triple camera system, based around the main camera, ultra-wide and telephoto. We don’t know many details about this selection of cameras, but it might pack in a 50-megapixel main sensor, 20-megapixel ultra-wide, and 12-megapixel zoom.

The Huawei P40 Pro plus will have four cameras on the back, adding in a periscope zoom that gives you 5x zoom – or 125mm as it’s marked on the back of the phone, which makes sense as that’s five times that of the 25mm main sensor. That additional camera is probably time-of-flight (ToF) for depth detection.

The Huawei P40 Pro Plus has appeared with five cameras on the back. In this case, it looks like the focal length on the periscope zoom is 240mm, so 10x, making this different from the regular P40 Pro. Assuming this is the 10x zoom phone, the fifth camera is probably a 5x or 3x zoom to help step in-between when zooming.

We’ve handled either the Pro or the Plus in person and can confirm the camera unit is around double the width of that on the P30 Pro, thus an extra row of cameras is accommodated. Huawei manufactures its own chips, so the P40 series will no doubt run on the latest Kirin processor – the Kirin 990 – which is the same as Huawei uses in its Mate 30. We’d expect it to be available in 5G across the board, something that’s been mostly confirmed by TENNA certification, but it has also been confirmed by Huawei that it will be a 5G handset.

We expect to see super-fast wired charging, too, with early rumors that Huawei has a new 50W system. More interesting, however, is the newer rumor that there will be 40W wireless fast-charging too. We also expect to see reverse wireless charging.

Undo gets $14M to scale to meet the software accountability challenge

PayPal sells its consumer credit portfolio to Synchrony for $7 billion