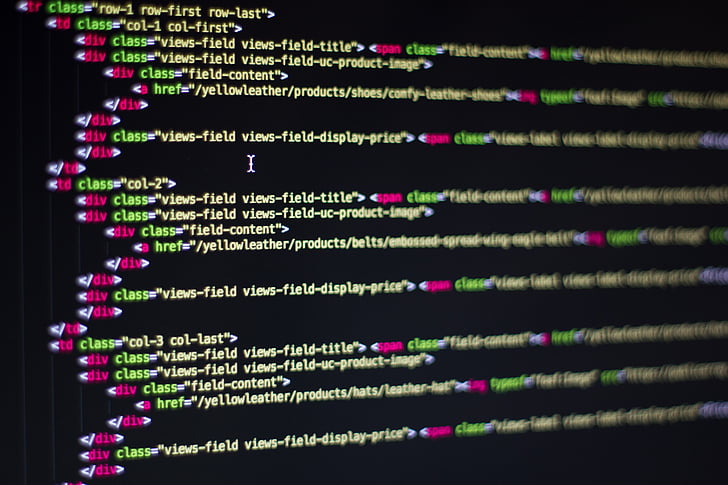 The dissemination of information from physical libraries to virtually available html files is now an ever-growing process, and hence the trend of web development seems to be continuing indefinitely. But as time progresses, the outlook and development of these readily available html pages or websites is improving extensively. This article presents a few web development frameworks that need to be on top of every aspiring web developer’s learning list. Not just the market worth, but the ease of use, functionality and nearly flat learning curve take these frameworks to the top of the list.

Every web developer out there is familiar with MERN stack, for those who aren’t, MERN stack implies MongoDB, Express.js, React and Node.js. This technology stack is one of the most in-demand stacks for web development, implementing React as the sole client side framework and rest three for backend development. This simple fact easily explains how concise and efficient react is for frontend development.

Developed as a simple JavaScript library to implement the Web’s view layer in a component-based way, Facebook released it in 2013. Coming out from the developers of such a successful organization, the hype and fast public adaptation was obvious. The framework effectively implements the slogan “Learn Once, Write Anywhere” as it can be used to develop Apps for any kind of User Interface, e.g., Web, Mobile, Desktop, or even for Smart TV. Facebook is actively developing React and so its features are tested with 2.7 billion Facebook users.

Learning from experience after the failure of Angular.js, the revised and quite more advanced Angular came to sight as an end-to-end, Client-Side, MVW (Model-View-Whatever) Web framework in 2016. Released by Google, this has always been seen as a competitor to Facebook’s react. Using typescript as its native development language, the key role in typescript’s popularity is credited to Angular.

The framework is most secure Client-Side web framework as it offers highly secure features like DOM sanitation. Moreover, the Angular CLI is one of the best CLI in Web Development and helps create a new Angular project within a few commands. Having Google as its development source, success was bound to follow this framework, and it did.

The credit for creating this framework goes to Evan You, an ex-engineer at Google, who created this framework with a motivation to present MVVM architecture, or Model-View-View-Model architecture. Being one of a kind, it took the middle path between React and Angular and offered a pleasant alternative to both. Like Angular, Vue implements end-to-end application development functionality and like React, a View layer with external data flow and state management. Moreover, it offers reactive two-way data binding like Angular and also supports Virtual DOM and Event Sourcing like React.

The success of Vue can be understood by the gold old proverb that in a two’s fight, the third benefits.

Having seen Google and Facebook launch their frameworks, how could Microsoft lag behind? Modernizing its Tech Stack with innovative, modern, futuristic design, Microsoft rolled out its own tech stack names Asp.net. Incorporating new features and in order to meet its competitors, in 2016, Microsoft released the successor of ASP.NET as ASP.NET Core, an open-source complete rework of the previous version. Enclosing a modular design with ability to seamlessly integrate most of the popular JavaScript client-side libraries (React, Angular, Vue.js, Ember.js), this framework gained acceptance in no time. Major features include MVC (Model-View-Controller) architecture, asynchronous working, reactive programming, and runtime components. Moreover, coming from the Microsoft family, the framework had to have one of the best tooling support for popular IDEs (VS Code, Visual Studio, etc). Developers reviewed this framework to comfortably outperform other web development frameworks.

Django finds its USP or unique selling point being a python based server side development framework that follows MTV (Model – Template – View) pattern. As Python’s popularity peaked in the last decade, so did Django’s adoption, making it one of the main server side development frameworks. The best perk Django provides is its wholesomeness, as it offers everything (e.g., ORM, Middleware, Caching, Security, etc). In short, it packages all that you need for Rapid Application development with enterprise-grade quality. And that’s not it, It offers extensibility via pluggable apps where third-party apps can easily be plugged. With Python as its native development language, it works seamlessly with the Python Ecosystem, which is one of the largest ecosystems in the industry.

The list goes long, but these are top picks of the time. Can’t say till when would this hold as nothing is certain in this fast-paced growing field for there’s always room for improvement. Either way, each one of these frameworks comes with its own pros and cons, and deciding when to implement what is the real art. However, what’s sure is that any of these frameworks will lead you to a handsomely paying career.

The quantum meltdown of encryption