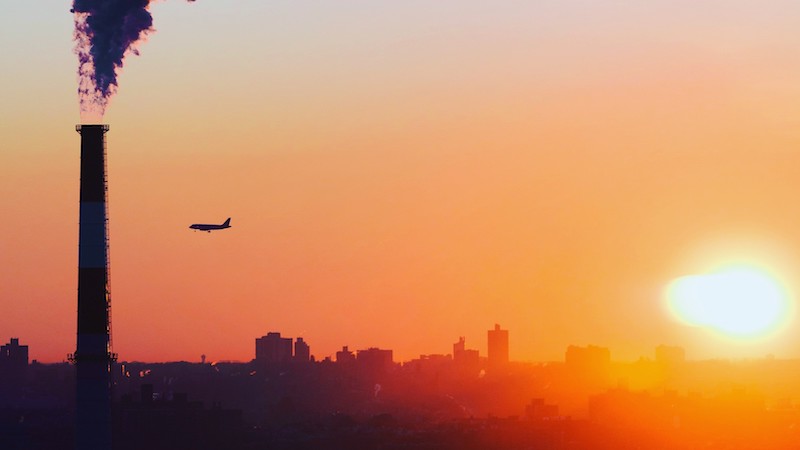 Carbon negative is the new net zero. While we need first to reduce and then eliminate anthropogenically created greenhouse gasses, we also need to actively reduce the current greenhouse emissions in the atmosphere. Companies are making strides in this department by investing in new projects ready to be implemented and cutting-edge research to find new ways to clean up the atmosphere faster. While Green Development LLC specializes in renewable energy projects such as wind and solar farms, the company is excited about the innovative technologies that extract greenhouse gasses from the atmosphere.

Right from the start, eco-design engineering can minimize the impact of the amount of carbon produced by devising alternative processes that are more environmentally conscious. For example, the major aluminum producer, RUSAL, has begun to integrate factories using renewable hydropower to create low-carbon aluminum.

Similarly, utilizing alternative materials that have environmental benefits can help reduce emissions. Bamboo absorbs carbon and can be used for a variety of products traditionally made from plastic, including straws, portable utensils, and toothbrushes.

The production of steel is a major source of carbon emissions. Remanufacturing plans can curb these effects through reclaiming reusable materials, such as steel, from past projects and recycling them for use in new projects. By reducing the need to produce more steel, emissions are likewise decreased.

Additive manufacturing is the process of using a 3D printer to create objects in layers—as opposed to crafting them from a large block of material. By only using the materials that are needed to create the product, waste is significantly limited—as are the carbon emissions that went into creating the raw materials.

Industries can implement a process known as direct air capture (DAC) to extract the carbon they have already emitted into the air. The first-ever commercial-scale DAC capture plant in the world, Climeworks, created stackable carbon collectors that are powered entirely by renewable energy or energy-from-waste. Carbon Engineering, which is currently building the world’s largest DAC plant in Texas, uses a series of chemical reactions to quickly extract carbon dioxide from the air and into a pure and compressed form. Offering the world’s cheapest carbon capture technology, Global Thermostat utilizes the residual heat from industrial facilities to capture carbon from the facilities’ smokestacks.

The first best step that industries can take to limit their greenhouse gas emissions is to not let them get out into the atmosphere in the first place—and DAC technologies can make that happen. The natural gas power plant Net Power is integrating carbon capture techniques into its combustion process. It uses a technique called the Allam Cycle that effectively recycles the carbon dioxide within the system and reuses it again and again.

After capturing carbon from the air, the next question is what to do with it. One solution is to return it to the earth deep underground, where it can stay stable for many generations. This process is known as direct air capture with storage (DACS).

Carbon dioxide is initially released into the air when we burn fossil fuels mined from geologic reservoirs. By then taking carbon dioxide out of the atmosphere through DACS and storing it in geologic formations, we are effectively completing this cycle and reversing the damages caused by burning fossil fuels in the first place.

A natural partnership opportunity exists for the companies that are capturing the carbon dioxide from the air and those with the capabilities to store it. Climeworks has partnered with Carbfix to do just that. They use fans to draw air into a collector, where carbon dioxide is captured on a filter material. The carbon dioxide can then be collected in a highly concentrated form and then mixed with water. From there, the carbon dioxide-water solution is pumped 800 to 2,000 meters underground and naturally mineralizes with basalt rock.

As carbon capture technologies become more mainstream, commercial applications for the carbon dioxide captured will become more affordable and viable. Instead of simply storing carbon underground, we may soon be using it on a regular basis to produce commercial products. Several organizations have already come up with inventive ways to integrate this recycled carbon into the market.

CarbonCure has developed the technology to take carbon dioxide from industrial waste sources, mineralize it into calcium carbonate, and use it to strengthen concrete by up to 10%. CCm Technologies has developed a fiber that absorbs a large amount of carbon dioxide which can be used to replace expensive process inputs to create a wide variety of plastic materials. Combining the best of both worlds, Carbon Upcycling is using captured carbon dioxide to create both plastics and concrete. The company uses a reactor that breaks down material so that carbon dioxide can then be absorbed into it and turned into a wide variety of products—even yoga mats. Other uses for carbon dioxide exist, including textile dyes and fishmeal for aquatic farms.

We know that plants absorb carbon dioxide from the atmosphere, but plants also release some or even all of their embodied carbon back into the atmosphere through decomposition or combustion once they die. The process of bioenergy with carbon capture and storage (BECCS) can be used to provide energy in the form of electricity, heat, or biofuels. The biomass is put through a process of combustion, fermentation, pyrolysis, or other conversion methods to extract the carbon dioxide either in its gaseous form or as biochar, carbon-rich charcoal that can be used as a soil amendment to enhance crop production. The remaining embodied carbon can then be stored in geological formations or used for commercial purposes.

Similar to direct air capture but significantly cheaper, bio-oil sequestration is a method being developed by Charm Industrial, sponsored in part by Stripe. This innovative process takes atmospheric carbon dioxide, captures it in the form of biomass, converts it into a liquid similar to crude oil, and injects it into underground rock formations—typically salt caverns, which have stored crude oil for hundreds of millions of years.

Many companies are investing in new research and development projects to explore what are potentially more efficient and financially appealing methods of removing carbon dioxide from the oceans. Among the other tech giants, Microsoft’s Climate Innovation Fund is investing $1 billion over four years to research new technologies to help make the company carbon negative by 2030. Other companies are following suit, and together they may be able to make significant headway in cleaning up our environment and protecting our future.

Since 2009, Green Development has been instrumental in transforming the energy mix in Rhode Island to clean, reliable energy. The company has developed more than 70 MW in solar and wind capacity, with plans to add 75 MW in 2021. Green Development is devoted to preserving farmland, reducing water and air pollution, increasing energy security, and creating local jobs. Current wind and solar sites reduce carbon emissions equivalent to using 8,557,790 gallons of gas each year.

Playmaji is looking to bring its retro-gaming, modular console to market