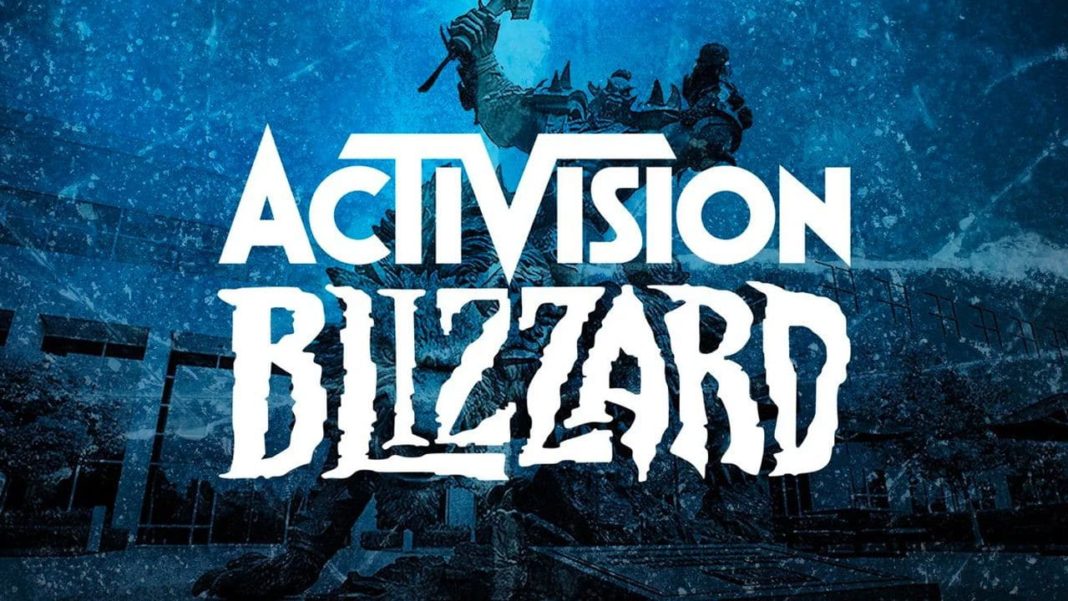 Kotick and other company leaders were spurred to take a more proactive and sensitive approach to the handling of internal harassment and discrimination claims. This comes in the wake of ongoing allegations of inequity and ineffective response to past employee issues.

Amid reflection on these matters, Kotick offered a two-fold resolution to start repairing the company’srelationship with its valued employees as well as its reputation in the industry. Activision Blizzard will now “employ a zero-tolerance harassment policy [and] waive arbitration in sexual harassment and discrimination claims,”.

In addition, Kotick, who reportedly has a billion-dollar net worth, intends to take a massive pay cut, agreeing to cap his earnings at a drastically reduced $62,500 annually in total compensation. This measure will remain in place until the Activision Blizzard Board of Directors determines that the video game publishing company has met specific diversity, equity, and inclusion goals.

Kotick recently reiterated his and the company’s commitment to developing, establishing, implementing, and maintaining a positive company culture. The Board of Directors recognized that it was high time to address a company culture that allowed employees to face negative situations often without feeling heard.

With renewed cultural awareness, Activision Blizzard’s leadership is determined to eliminate old attitudes and behaviors that created an uncomfortable or hostile work environment for employees. Planned changes are designed to create a more accepting, safe, and transparent culture for members of any community or walk of life.

In a recent press release, Kotick directly and candidly addressed employees, customers, investors, and stakeholders serving as witnesses to the company’s commitment. He offered his gratitude for their continued focus and commitment to the company’s game players and to one another during difficult times.

He also touched on the impact of the COVID-19 pandemic and how Activision Blizzard’s employees had stood strong when faced with unprecedented worldwide and in-house challenges. Kotick expressed his thankfulness for everyone’s resilience and sense of responsibility throughout times of great uncertainty and upset, caring for coworkers and the community at large. He wanted every tema member to know he appreciated their pursuit of excellence through creative independence and a sense of purpose.

Known for the development of video game franchises like Call of Duty, Crash Bandicoot, and Tony Hawk, Activision Blizzard has a broad range of global customers and audience members. The company now understands that how it treats its employees also matters to its consumers, communities, and investors, underscoring the criticality of adopting and enacting positive internal attitudes and behaviors.

The past decade has brought booming financial success and attracted passionate fans of the games in the Activision Blizzard family. But corporate acquisitions, a growing workforce, and expanded business can’t overcome poor company culture. Organizational leadership felt it held a reputation as a great place to work, but there were clearly some missing elements.

Losing sight of core values when business takes off with unimagined success can become easy until the decay becomes evident on a large scale. Without adhering to core values of respect, issues arose within Activision Blizzard that caused concern, worry, and fear for valued workers. During darker days, employees reported that they were not comfortable reporting incidents due to shortcomings in existing policies and fear of retaliation. Worse still, when they reported occurrences, leadership did not always address their matters quickly or adequately.

Kotick and the Board of Directors are now demonstrating that they understand what is truly at risk if negative behaviors were allowed to continue without correction. More importantly, Activision Blizzard understands how important it is to remove such issues from the company culture altogether and enact measures to protect against future occurrences.

Kotick and the rest of the leadership team plan to recommit themselves to the cornerstones of the creative process, recognizing passion and performance in and from every employee. The company will focus on celebrating the best ideas of every organizational player, understanding that true excellence is found in diverse talent, voices, and viewpoints.

Here are some key ways Activision Blizzard will deliver on its commitment to making positive and meaningful organizational changes for everyone:

With these initiatives and others, Bobby Kotick and the Board of Directors at Activision Blizzard plan to create a warm, welcoming work environment for all employees, regardless of their gender, race, or any other characteristic meaningful to them.

Leadership will continue to seek new initiatives to nurture a positive workforce that allows everyone to feel heard and valued, encouraging them to share their creative voices and visions with everyone. These plans for representation and equity benefit the organization’s employees and likely also represent many gaming fans who appreciate the company’s admission that change is essential. Even more, they can appreciate the willingness to follow through.

The future of this highly successful gaming company is now brighter and more exciting than ever, offering employees and fans a new outlook brimming with inclusion, positivity, and the free rein of creativity.

Expanding the Galaxy and its Edges