Home Entertainment Wordle: The Addicting Game That Is Taking Over the Internet

The culture has returned for 2022! And to get things started, we’re shining a light on a game that has taken the internet by storm.

Wordle has increased its player base to almost two million in less than three months with no promotion or monetization. But what is it about this simple word game that has so many fans?

If you have been on Twitter or any other social media app in the previous few weeks or months, you’ve undoubtedly noticed unusual, small green and yellow squares.

Friends from your childhood and distant Hollywood celebs have all posted their “Wordle” scores. It’s the game of the moment, the current craze, and if you haven’t tried it yet, you should. It’s very possible that you will be eventually.

People have been addicted to several types of games over time, and Wordle is now one of them.

Wordle is a web word guessing game; there is no application to download; simply go to this page and start guessing.

The game allows you six guesses of a five-letter word, and the page is changed daily with a new word. The term is the same for all players throughout the world.

How Your Mind Will Work on Wordle.

So, what is it about Wordle that makes it so appealing? After all, Sudoku and Scrabble have been around for a while, so aren’t this kind of game passe?

As per British researcher Lee Chambers, the reason is that Wordle engages both the language and logic areas of our brain. Puzzles appeal to our minds because they offer a task or are hard to conquer.

For, no matter how stressful a game is, the dopamine rush we experience when we defeat or win it is indescribable. That is not to suggest that Wordle is identical to any addiction, but it does utilize the same brain mechanics.

The dopamine rush from completing Wordle provides you joy since dopamine is what defines pleasure.

Even a losing Wordle game keeps you coming back for more. The annoyance must be relieved. The defeated Wordle player must return, much like a trapped mouse anxiously pulling a lever for “just one more” hit.

Second, Wordle will not let you go home empty-handed. Even if you lose, the answer is disclosed, which, while not as satisfying as winning, provides some sense of completion and fulfillment. 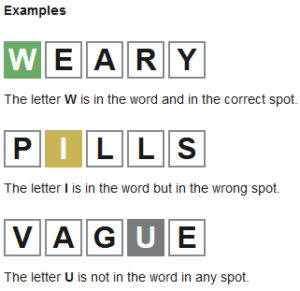 The game has become a worldwide sensation, with participants taking to Twitter to discuss their findings.

One Twitter user praises the game’s simplicity. Many people are frustrated by how complex the riddles may be. Others have already started crafting memes out of the colored blocks. Others make fun of the idea of developing a film based on the viral game.

Who would have guessed that what began as a simple game would make everyone addicted to it? 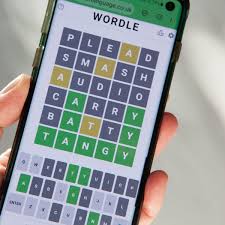 What is the attraction of Wordle?

It’s tough to tell for definite why things become viral, but there are a few elements that contribute to Wordle’s popularity.

To begin with, it’s really simple to post your results, which caused Wordle to swiftly trend on Twitter. You could easily get started by just browsing a website; no sign-ups are required, and no software is required.

The game strikes an excellent mix between being simple to grasp and challenging enough to provide a significant challenge. Finally, it is a social experience.

As a consequence, all players from all nations may share their results, and other Wordle players will be able to see what’s going on right away. 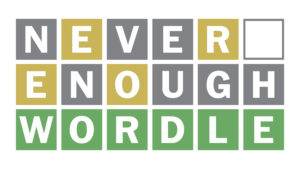 Wordle has quickly become a viral hit. And, yes, part of its success may be attributed to timing and luck. However, it would not have grown as famous as it is now if the game did not use psychological and behavioral science elements

Taking the pain out of accounting and payroll for small businesses, ScaleFactor raises $10...