Sony’s expanded PlayStation Plus program, which will launch in the United States, Europe, and Japan in June, will provide hundreds of games, featuring recent hits like “Spider-Man: Miles Morales,” for a fixed monthly fee.

After selling 17 million PlayStation 5 (PS5) devices despite processor shortages, Sony has been under pressure to respond to the growth of Netflix-style gaming subscription services.

The updated Sony service combines PlayStation Plus, which has 48 million subscribers but only offers a few games for free each month, with PlayStation Now, which has 3.2 million users and a collection of games to download and stream.

PlayStation Plus Extra includes a library of PS4 and PS5 titles. PlayStation Plus Premium includes access to an expanded catalog of older titles, cloud streaming in important markets, and limited-time game downloads.

Given the expensive cost of generating new games, experts were concerned that pressure to package additional content with subscriptions might cut into earnings at Sony’s prized games division.

Sony will try to keep original game sales going with the subscription service. 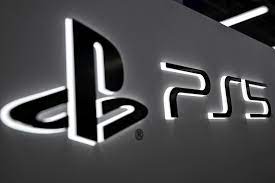 A Game with High Stakes

Microsoft is actively expanding Game Pass, which has 25 million customers, by releasing new titles on the day they are released and by purchasing companies to broaden its offers.

As per Ampere Analysis, Microsoft has taken an early lead in subscriptions, accounting for 60% of gaming subscriptions in North America and Europe, compared to 7% for Sony.

Subscriptions account for only 4% of overall gaming spending. Sony’s recently disclosed price is thought to be competitive.

The premium level’s annual charge of $120 compares to $180 for Game Pass Ultimate. Both companies provide cloud gaming, with Sony users able to stream titles to their consoles and PCs.

Cloud gaming is considered the industry’s future since it eliminates the need for games to be downloaded or installed on a console or PC.

This creates a risk to the console sector, whose operators have served as industry gatekeepers. A yearly membership to the mid-tier PlayStation Plus Extra, which excludes this cloud-gaming option, costs little more than $8 per month, compared to $9.99 for the Game Pass.