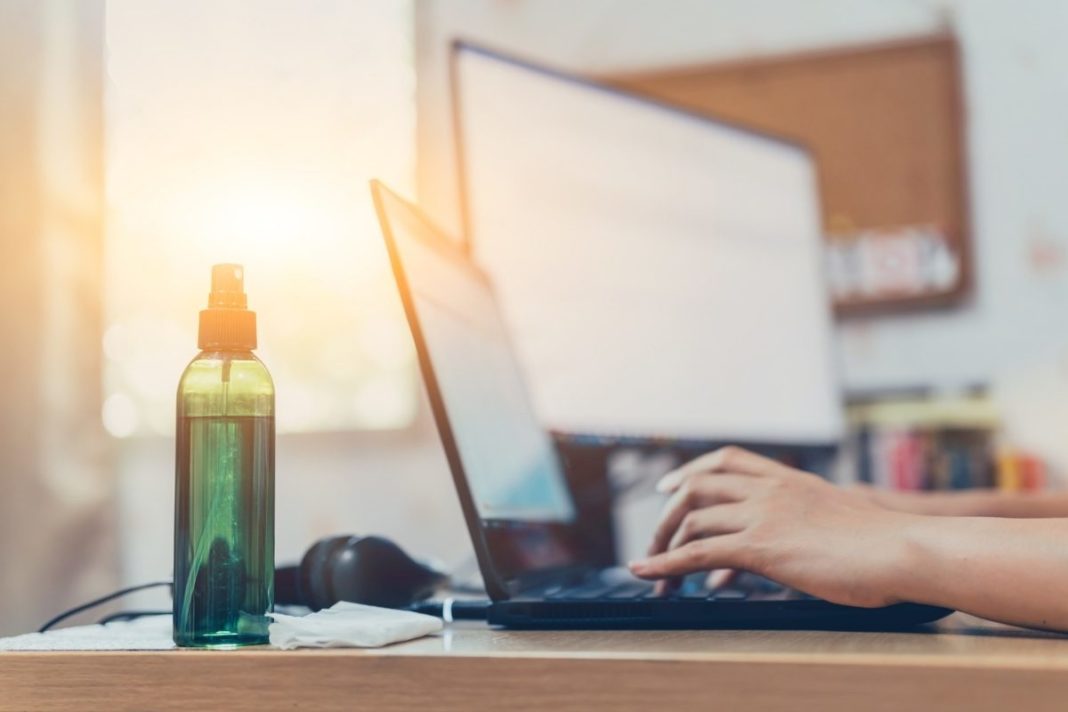 San Diego tenant representation specialist Jason Hughes says he acknowledges the COVID-19 pandemic has transformed the way Americans work, with many companies embracing a work from home (WFH) strategy. Now, as some clients’ leases are about to expire, many are wringing their hands over whether or not to continue the exorbitant expense of maintaining their office spaces.

“A lot of companies are doing a hybrid model. [Many] companies had gone virtual 100%. We’re seeing that shift,” Jason Hughes says. “We’re seeing those that have said, ‘Hey, we think we could be virtual,’ come back saying, ‘Not so fast. We actually need office space. We need a place to gather.’”

Jason Hughes says he’s had some clients saying the whole hybrid model doesn’t work at all.

“Most people will get back to the office,” he says. “Now, keep in mind the whole life science sector. For the most part, lab [workers] have been working the past two years at their office the entire time anyway. The same goes for the industrial industry who have to conduct operations within the warehouse. So for them, it never really stopped. This whole hybrid work from home [thing] never happened.”

The life sciences sector in San Diego continues to boom with lab space becoming more in demand, according to Hughes.

“Outside of life science and the biotech medical device sector, which is driving growth in San Diego, you also have the tech sector, which in any market has been very, very strong over the past few years, and a huge contributor to growth,” Jason Hughes says.

The Race for Office Space Is on in San Diego and Across the U.S.

Jason Hughes says in the macro sense, he’s seeing Google, Facebook, and Amazon take record amounts of office space. “I don’t have the exact stats, but apparently they’ve nearly doubled their space in the past three years. How counterintuitive is that?” Jason Hughes says. “You’d think, ‘We’ve got COVID, we’ve got this work from home hybrid environment. We have proof that you don’t have to be in the office all the time to function.’ Yet, these massive companies with massive war chests are doubling down on space. They’re grabbing everything that comes available.”

While Jason Hughes says many companies have embraced a hybrid approach, he says he believes there’s no way they’re not anticipating a massive return to the office. “They’re looking at space as a competitive advantage,” Jason Hughes says.

“If you look at office space as an asset, rather than a liability, it can become a competitive advantage that helps in recruiting, retaining talent and culture-building, and then it becomes a real and valuable asset to a company.”

With leases expiring over the coming years on several of his major clients, the San Diego commercial real estate expert says he sees a trend of workers wanting to get out of their homes and return to the workplace.

“We have some outliers that are like, ‘Hey, we never want to have to come back to the office ever again,’” the San Diego resident says.

“But those are the people that may amount to 10% of the company. Most people miss each other. Most people want to get out of their house. Most people are tired of working from their bedroom.”

Jason Hughes says he’s keeping his eye on big tech and studying the logic behind renewing, and in many cases expanding, leases for office space.

In the end, Jason Hughes says he believes the need for human connection in the workplace will prevail.

“You don’t want this great resignation happening,” Jason Hughes says. “Most people want something deeper than that. They want to feel like they belong. Like they’re making a difference, that there’s something there rather than just a check every two weeks. If you’re an employer, like I am, you want some stickiness, you want your team to be friends with each other. You want that positive energy flow.”

With offices throughout the United States, Jason Hughes says he’s used increased communication to strengthen the bond with his team at his San Diego offices and his additional offices throughout California and in cities such as Seattle and Denver.

“Every time I meet with somebody in person, I wish I was doing this all the time,” he says. “And I think that’s how more and more people will feel.”