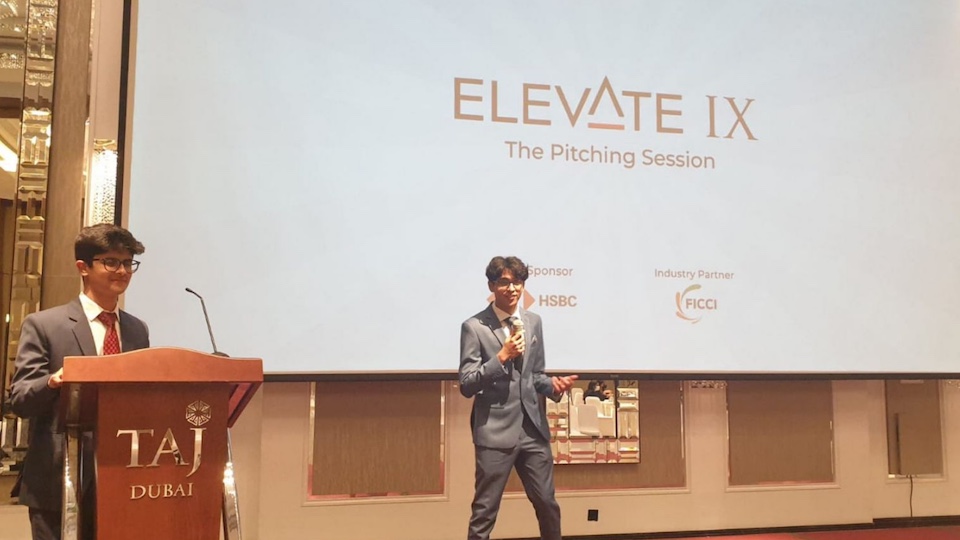 At the ninth session of Elevate in February this year – the HSBC & Expo 2020 sponsored pitching stage for startup founders in Asia – prospective investors were surprised to see what seemed like children step up the stage. Indeed, the teenage founders of The Spectrum Mill, a student-led organization upskilling young adults with autism and matching them with employers in the Gulf, had received one of sixteen invites to present before investors from all over the world. As the only team to receive an offer that day and Elevate’s first under-18 invitees, not only did The Mill raise the event’s first ever zero-equity investment, they also brought on industry mentors like Mr. Lakshmanan P. that resonate with their mission and are now helping them realize their broader vision.

Founded in late 2020 with a more general approach in mind, the team studied autism employability trends and extensively surveyed prospective users year before working on the prototype they would later go on to pitch with on-stage. “We wanted to thoroughly understand the space before jumping in because any mistakes here could be detrimental to the overall mission”, Co-founder Avi Srivastava tells us. One of the ways they decidedly did so was by reaching out to people who knew more than they did. The Mill was first directly in touch with Brenda Weitzberg, the (now) former CEO of Aspiritech – the largest organization in the states helping generate employability for software testers with autism – and has since continued to get on board part-time assistance from different backgrounds including small undergraduate groups at both Yale University (for technical help with model), and Swarthmore College’s Launchdeck Team (for marketability).

What they found during their research was that people with autism spectrum disorder were typically predisposed to performing far better than neurotypicals in an interesting minority of tasks. In software testing, for example, people with autism perform 33% better on average. Because of the way their brains are wired, they’re consistently able to pick out minute differences in models that the average software engineer is likely to miss. With the help of their now 32 selected members, the young team is on a mission to find and expand on other skills they can generalize with to change the narrative around neurodivergent employment.

Most contemporary entry-level jobs set laughably high standards for prospective employees, and the selection process often discriminates against people of determination almost by default. Prerequisites like college degrees and high grades don’t accurately reflect employee ability, and not everyone performs the same way in socially demanding interview settings, as able and qualified for the role they may be, and especially in the case of applicants with autism. Co-founder Mukund Chopra says, “the education system, supposedly built on accessibility and inclusion for all, works in the complete opposite direction in this case”. And that is exactly what the team at The Spectrum Mill is working to change – the narrative around workplace potential from that of requirements and checking the boxes to genuine competency and the potential instead to bring different perspectives to the table.

Earlier this year, The Spectrum Mill addressed growing employability concerns at The Dubai Accessible Tourism International Summit, where they impressed other representatives and brought on Sanad as a supporting partner. As autism awareness month approached, the young founders were also selected as one of two entrepreneurial teams to promote their mission and raise awareness about autism and its growing significance at Expo 2020’s Innovation Hub last month, where they raised funds selling blue ribbons and similar items.

Today, they have signed Bahwan Cybertek and are actively working with them and autism centres in the UAE to perfect an effective training model using a competency-based Learning Management System the former used for another successful venture. The founders are experimenting with promise to allow for guaranteed paid work after learning specific skills, with talks to work with Aster to break into the medical field first. They are on track to create an in-person warehouse to consolidate training in the Gulf later this year.