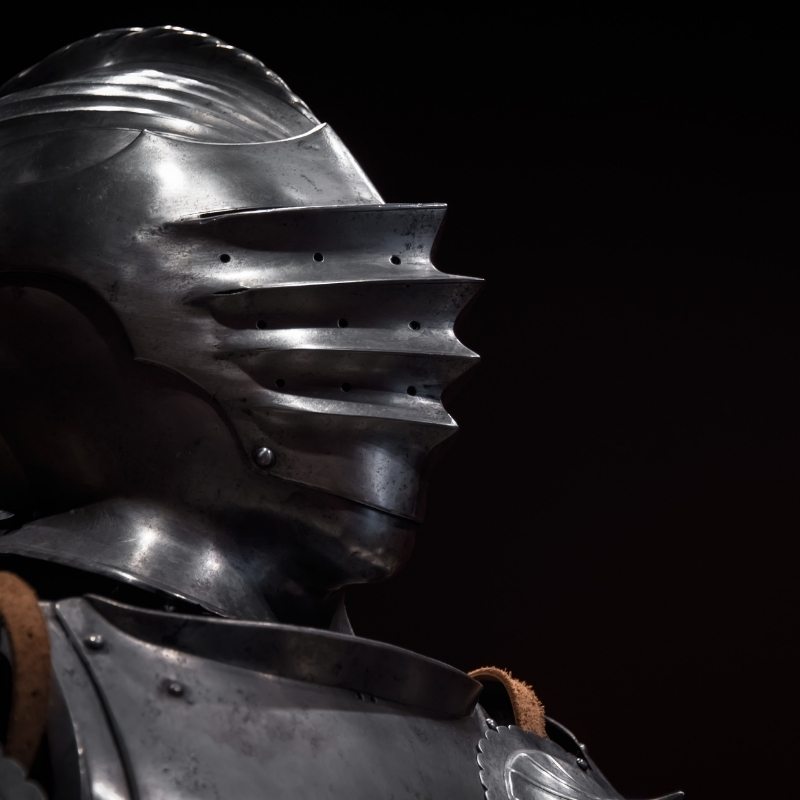 When you hear the word ‘LARP’, it often conjures up images of people running around in the woods with poorly-made costumes and whacking one another with sticks. You might even know that it stands for ‘live action roleplay’. But far too frequently, ‘LARPing’ comes with negative connotations. The modern LARP phenomenon deserves far better than than to become a by-word for silly play-acting. Like any other form of expressive art, its protagonists and participants take it seriously – but that’s simply because it is a valuable creative pursuit. Like tabletop gaming, it can promote engaging imaginatively with problems; like field sports, it creates bonds and forges teamwork; like literature or music it can address and grapple with deep human problems. In all, the LARP phenomenon deserves to be far better understood, even within geek culture more generally.

What is LARP? (Baby Don’t Hurt Me)

At its essence, Live Action Roleplay involves creating a character that you want to portray, building a real-life representation of that character using costume and props, and then participating in events with other people in the real world. But beyond that, LARP can encompass a whole variety of very different play styles. These scenarios might be wholly freeform, or they might be regimented with stats and rules. They might focus wholly on character and roleplay, or they might feature physical combat between players. Thematically, the modern LARP phenomenon encompasses everything from traditional medieval-influenced high-fantasy, via steampunk and Weird West settings, all the way through to sci-fi.

We can immediately see how LARP frequently shares lots of common characteristics with other pursuits. Most obviously, it has lots of similarities with tabletop roleplaying games (TTRPGs) like Dungeons and Dragons – although, as we shall see, different trends and philosophies within the LARP community have slightly different heritages and DNA. But as well as TTRPGs, the LARPing phenomenon bears many strong marks of influence from historical re-enactment, wargaming, theatre and improvisation, and even martial arts! Many LARPers see it as an opportunity to let their creativity run wild, making their own equipment and weaponry from scratch – but increasingly, a burgeoning LARP industry has grown up to cater to enthusiasts with high-quality off-the-shelf arms and armor.

LARP events are sometimes organised in the same way as many TTRPGs, with a ‘Game Master’ who runs the event and narrates the ‘world’ within which the ‘Player Characters’ exist, as well as costumed ‘NPCs’ who collaborate with the Game Master to give quests, move along narratives and flesh out lore. Unsurprisingly, many LARPers find their way into the hobby via Dungeons and Dragons, especially with its explosion onto the mainstream in the 2010s. Adventure LARP tends to have a mix of roleplay and combat, and frequently uses sets of rules which closely mirror TTRPGs: sets of statistics that influence success or failure, sometimes even dice rolls to determine the outcome of events. But some adventure-style LARP groups have sought a more immersive play-style, using puzzles and light combat to keep participants fully immersed in the setting. Some LARPers will chose to ‘monster’ – ie. to costume as the ‘monsters’ or opponents that the Player Characters have to overcome, becoming part of the background of the event. Adventure LARP tends to revolve more around traditional high-fantasy settings, although there are a huge variety of styles and settings embraced.

Whilst fantasy TTRPGs have clearly influenced modern adventure LARP, other forms of the LARP phenomenon derive from classic swashbuckling films and medieval re-enactment. ‘Battle LARP’ styles focus primarily (or sometimes almost exclusively) on armed combat in a LARP environment. The Dagorhir battle game is a prime example of this. Its genesis is in the ‘Hobbit War’ events, run by Washington DC college student Brian Wiese in the late 1970s. Wiese says he had no idea about fantasy gaming or even medieval re-enactment when he and his friends, inspired by a heady mixture of classic Robin Hood movies and their first reading of Lord of the Rings, held a series of weekend events featuring homemade costumes, wild camping and ‘capture-the-flag’ style games. These were fought with wooden sticks wrapped in pillow padding, known as ‘boffers’ – giving Battle LARP the lovingly derogatory nickname ‘boffer LARP’. Quickly, Dagorhir evolved into a codified system of rules and regulations governing costumed LARP fights – and today, it is an international organization with groups all over the world.

Battle LARPs are extremely safety conscious, in order to permit fighters full immersion they frequently have stringent rules for safe equipment. Fortunately, there are many reputable merchants who supply high-quality LARP swords, made with top-shelf safety features from performance materials.

Where most of the LARP world is content to confine itself to dealing with thoroughly fantastical problems – a clash of warring houses, a goblin incursion, a dragon-slaying quest – some have sought to stretch the scope of LARP. In the 1990s, roleplayers in Scandinavia began to search for a grittier, darker LARP experience which addressed more adult real-life themes. ‘Nordic LARP’ involves stripped down rules, focusing on totally inhabiting the character, in order to wrestle with tough themes like racism, violence and grief. To achieve this, the subculture has imported ideas from theatre and improvisational art, like debriefing and workshop forms. It can be thought of as a subversion of traditional LARP forms, eschewing the format of a GM / Party dichotomy, where all players become authors and agents within the story, and discarding ideas of ‘immersion’ in favour of playing with Brechtian dramatic irony.

So – the only thing missing is you! There are likely dozens of LARP and roleplay groups near where you live. Entry barriers are minimal, especially if you invest a bit of time experimenting with making your own equipment. We’ll see you on the battlefield…

TaskRabbit’s app is offline while it investigates a “cybersecurity incident”

Alexa gets a DVR recording skill

Walmart sells 80% of its Brazilian operation to Advent Intl, will record $4.5B loss...

These schools graduate the most funded startup CEOs